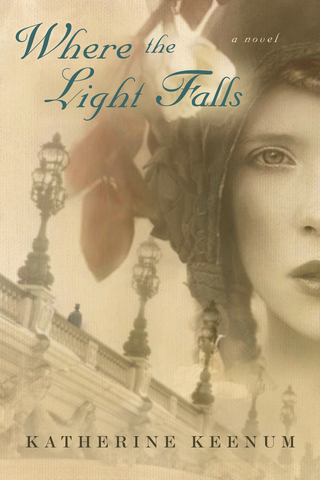 When Jeanette Palmer is expelled from Vassar, she goes to Paris to study painting in that city’s lively teaching studios. Introduced by a great society hostess to troubled Edward Murer, she must resolve conflicting demands made by her artist friends, her own ambition, and love.

For a Q&A on the origins of the novel, click on the title above.

What reviewers are saying about Where the Light Falls:

"Based on family history, Keenum's evocative novel is set in the bohemian world of Parisian artists. This era of great change becomes a character in itself as Keenum imagines her characters living and loving. Readers will connect with her strong, feminist women who learn to reconcile independence and love. This thought-provoking, touching novel will certainly interest Edith Wharton fans."—****(Compelling), Romantic Times

"Sent home from Vassar in disgrace, Jeanette Palmer is a romantic—after all, she did help her friend elope—and a gifted painter. But how can she cultivate her talents in Circleville, Ohio?

"Set in late-19th-century belle epoque, when the arts flourished and the horrors of World War I had not yet occurred, Keenum’s debut novel is based upon her own great-grandmother’s life. Appalled at her disgrace, Jeanette’s parents send meek Cousin Effie to fetch her home. As she nervously awaits her parents’ arrival, Jeanette endures Aunt Maude’s interrogation, which beautiful, stylish, married Cousin Adeline knows is just a front for gossiping. To calm her nerves, Jeanette sketches Effie’s face, which so delights Effie that she arranges for Jeanette to sketch Maude—an effort to demonstrate her real skill to her family. The ploy works, and soon Jeanette, chaperoned by Effie, finds herself en route to Paris to study art. Meanwhile, back in Cincinnati, pharmacist Edward Murer struggles with the twin demons of Civil War memories and a laudanum addiction. After years of barely engaging with the world, Edward begins slipping deeper into depression, to the alarm of his family. His brother Theodore lights on a scheme: send Edward to Europe as a chaperone for his son Carl’s grand tour. (Perhaps there, Carl will be supervising Edward’s return to life.) A dinner party brings Jeanette and Edward together, as Carl accidentally reveals Jeanette’s scandalous past. As the weeks pass, Jeanette delights in her studies, navigates the dangerous waters of licentious men and finds herself drawn to the wounded pharmacist. For his part, Edward’s demons have pursued him across the sea, yet each encounter with Jeanette shines a little more light into his soul.

“Keenum’s deft handling of details makes Where the Light Falls a standout among painterly novels. As delectable and addictive as a Parisian pastry, the book is an art-lover’s delight.”—Lynn Cullen, author of The Creation of Eve


“Katherine Keenum could have been an art historian. She describes individual paintings vividly and has captured the entire milieu in which painters learned and practiced their art in the Paris of the 1870s. A funny yet thought-provoking scene of the main character, Jeanette, swimming with her friends made me think of pictures by Anders Zorn and Thomas Eakins while over and over again scenes in Paris called to mind works by the Impressionists, Sargent, and Béraud. As a novelist, Keenum practices her own art to tell an engrossing story with complex, compelling characters. I'll never forget Jeanette, Edward, or Cousin Effie and neither will other readers.”—Elizabeth ten Grotenhuis, Professor (Emerita), Department of the History of Art and Architecture, Boston University, Associate in Research, Reischauer Institute of Japanese Studies, Harvard University