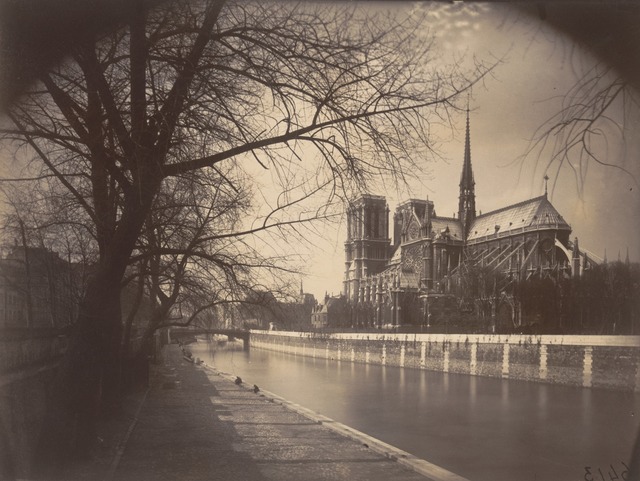 How many million (billion?) images of Nôtre-Dame de Paris have been posted in the last forty-eight hours? There can't be too many. 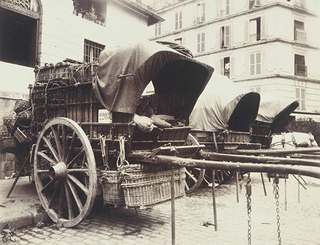 Eugène Atget, Carts, marché des patriarches, rue Moffetard (1910)
Follow-up: After the mention of Atget in yesterday’s post, I took another look at some of his work and came across this image at the Princeton University Art Museum. No wheelbarrow or handcart, but good horse-drawn carts!
Be the first to comment

Time for a photograph at the blog, I thought: I’ll do a post on Eugène Atget. As it happens, the Metropolitan Museum of Art has a show up through May 9th, Paris as Muse: Photography, 1840s–1950s, where Atget's Quai d'Anjou can be seen. 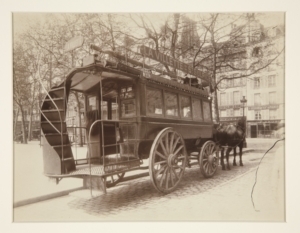 Eugène Atget, Omnibus (1910)
In their first week in Paris, Jeanette and Effie explore the city on foot and by omnibus. When I first began sinking myself into the Paris they would see, I spent a lot of time with Atget’s photographs even though they were taken a generation later. It was revelatory to be guided by Atget's eye. As for the omnibus, comparison of this photo to an 1877 etching in a set by A-P. Martial shows that the design had changed little if at all in forty years. The entire set will take you on a tour of the city that Jeanette and Effie saw. Read More
Be the first to comment