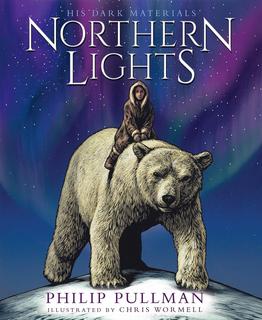 Yesterday, my copy of this British 25th Anniversary edition of Philip Pullman's Northern Lights arrived, with Chris Wormell's stunning illustrations. The landscapes are breathtaking, especially those of icy mountains and the aurora borealis.

As it happened, I've been reading Peter Davidson's wide-ranging Idea of North, a study of how the concept of "north" has figured into art, culture, folklore, etc. Last night, I came across a passage about how certain magnetized stones retain their orientation in spite of geological shifts. Davidson remarks on "this fundamental marvel of the earth itself having an idea of north, a northern memory" (p. 56). The idea of intelligence as information rather than consciousness is certainly coming into focus these days, including in the observation of how plants respond without a centralized brain. But think of it, the mineral world with memory, too!

For my library book club, I am reading Migrations, by Charlotte McConaghy, which is set in a near future when mass extinctions have wiped out almost all wildlife. What I'd love to see is a speculative fiction that embodies the life—the activity, and change, and slow responses—of the inorganic as well as organic world in sentient characters. We need to feel within us the tides and flow of the more-than-human world. A fantasy might be devised so that such awareness is part of everyone's experience, or a special set of a population; or it could be that in a more conventional realistic story there is at least one character grappling with the implications of just what non-human, non-animal intelligence entails.

So as a jumping off point (a là Natasha Pulley)—if it were true that people could slow their rhythms down to the sound waves sent by elephants through the ground or perceive with their own senses the changes wrought by water on a cliff, what else would have to be true? What would follow?

NB: The 25th anniversary illustrated edition of Northern Lights will be published in America in May 2021 under the title The Golden Compass. 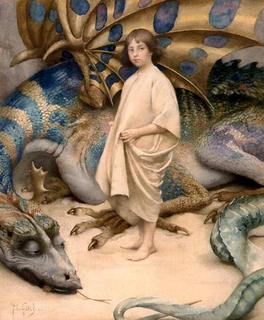 Last night, tired of political news, I surfed the 'net and found an astonishing collection of dragon images at Tor.com. It goes on and on. I scrolled and scrolled. Most are 20th and 21st C illustrations for fantasy fiction, which vary from cheesy to brilliant. Even the cheesy ones are so professionally executed that if you love dragon pictures, you'll get a kick out of them. Scattered throughout, moreover, are older images from Renaissance Italy to Chinese scrolls to William Blake—and this one by Thomas Cooper Gotch. It stopped me and held me; and this morning it sent me into a variation of Natasha Pulley's writing exercise. 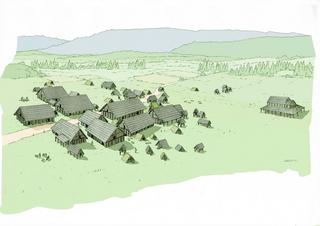 I love artists' imaginative renditions of archeological sites. A set of post holes, some jewelry, and a collection of animal bones may say a lot to a specialist but not so much to the rest of us until the artist gets to work. Then voilà, a picture of an early medieval  stock-raising village in Pontarlier, France. Here I can actually imagine myself viewing the town from a hillside—and then walking down into it. It really helps that the surrounding topography is provided as well. I've never tried to sketch a scene for one of my stories, but I do make rough maps and diagrams of house interiors. Whatever works to stimulate and amplify the imagination—and at the moment give brief respite from climate change, pandemic, and election anxieties!

Via Merovingian-era settlement excavated in France at The History Blog 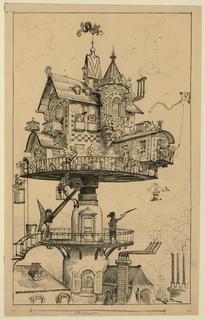 In tidying up some computer files, I came across this whiz-bang drawing of a moving house by Albert Robida. It made me laugh all over again. Look at the lass pointing an umbrella on the lower porch balcony—she could be Myrtle in Philip Reeve's very funny steampunk novel, Larklight! In fact, David Wyatt may well have been partially inspired by Robida for his wonderful period-flavor, Larklight illustrations. 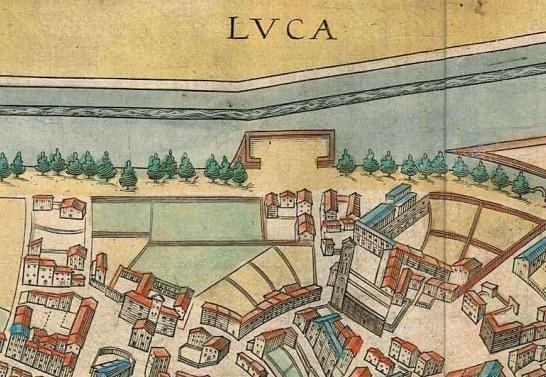 A terrific post, Mapping the 16th century garden, at The Gardens Trust's blog, pointed out the trees on the 1588 map of Luca in Braun and Hogenberg's Civitates Orbis Terrarum. Trees planted along the ramparts of a walled city—like a boulevard! Characters could stroll in peacetime. Could soldiers take cover during hand-to-hand fighting if the wall were overtopped by an invading army? For historical fiction, further investigation is called for; for fantasy, imagination. Meanwhile, a little moment of research rapture. 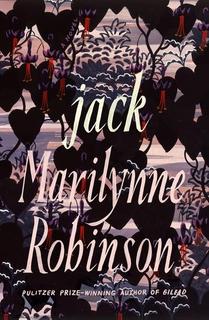 Jack is Marilynne Robinson's newly published fourth novel about characters she introduced in her Pulitzer-prize winning, rightly beloved novel, Gilead. I haven't read Jack yet, only the excerpt published as "Jack and Della" in The New Yorker. But I was glad to be directed by the Guardian's coverage of the new publication to a remarkable interview from 2015, President Obama & Marilynne Robinson: A Conversation in Iowa, in the New York Review of Books. Imagine—a living president intelligently conversing at length with a thoughtful fiction writer! The present is a discouraging, scary time. It's good to be reminded of what we must try to hold onto. For a probing review of Jack, click here.

Planting a tree in Paris 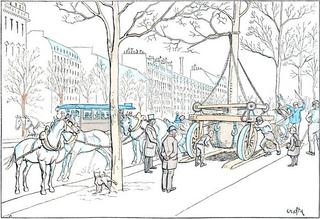 A blog post, The Spectacle of Paris Streets, has just alerted me to a book I wish I had known about when I was researching Where the Light Falls: A Travers Paris par Crafty. For instance, I'd never thought of large trees being planted on a Parisian boulevard until I saw this image. It's the sort of sight that could cause a character to loiter, or spark a train of thought, or even somehow play into the action of a story. Or it could prompt an imaginative excursion: what if there were a world where a steampunk technology was used by trees to facilitate their own migration? The whole book is worth exploring. 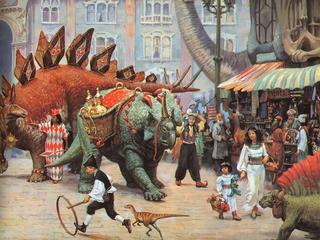 Blog post alert: Author-illustrator James Gurney has posted a Q&A on his world of Dinotopia well worth reading. He makes the point, for instance, that fully illustrated books are immersive and provide triggers to deepen the reader's involvement in imagining that world. One answer to a question, however, startled me.
Read More 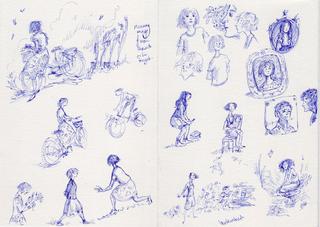 Blog post alert: Readers of this blog know how much I admire Kathleen Jennings' illustrations, writing, and Taunadel blog. Reading an essay at Tor.com, Illustrating Flyaway: Kathleen Jennings on Creating Art and Prose Together, has me wondering whether those of us with no art training could nevertheless doodle our way to visualizations that move our fiction. Worth a try! And do read Illustrating Flyaway: it has great pictures of finished work and silhouettes as well as sketches, adn you can get a high-rez version of this early-sketch page. 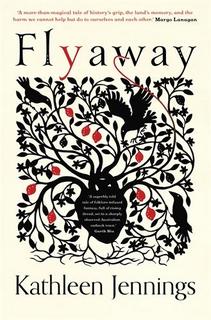 Kathleen Jennings is the first to say that her new short novel, Flyaway, is not for everyone. But if you are a fantasy-fiction aficionado, yes. If you keep an eye on the arts Down Under, yes. If you are a fan of illustrated books and especially Jennings' own silhouettes, yes. If you are interested in how to adapt traditional European folklore to modern settings in the rest of the world, yes. And if you want to observe a skillful unfolding of one plot (the gothic story) that at the same time explores a quite different center of emotion (a damaged yet potent friendship), yes.