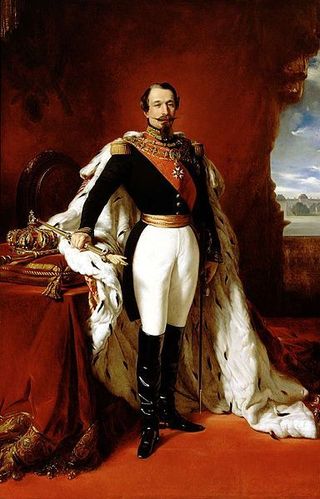 Franz Xavier Winterhalter, Portrait of Emperor Napoleon III (1855)
Emperor Napoleon III might not be anyone's choice as companion on a Summer Adventure, but he provided worlds of anecdotal material during his reign and he'll take us back into Where the Light Falls. At Cornelia Renick’s house, Maestro Hippolyte Grandcourt regales a lunch gathering with a story about a model who stood in for him while the many official portraits required by an empire were being painted. This anecdote was my way of glancing back at France’s glittering Second Empire (1852–1870), which haunted French memory in the first decades of the succeeding Third Republic (1870–1940). Read More
Be the first to comment 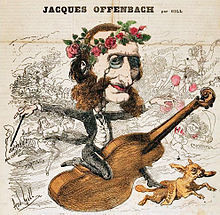 The music of Jacques Offenbach is specially associated with the Second Empire of Napoleon III—he's the composer of the Galop Infernal (1858) that we all know as the music to the can-can. Read More
1 Comments