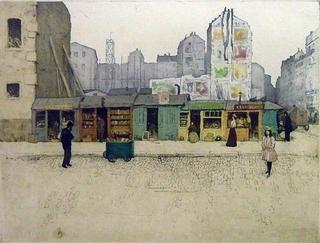 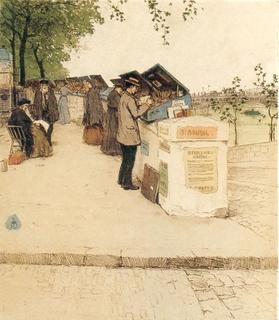 Sketches in gouache and watercolor by Pierre Prévost for his panorama of Paris were auctioned on October 23, 2019, by Sotheby's. I love being able to zoom in on the catalogue essay for details like the one shown here. The location of the Académie Julian in Paris's Passage des Panoramas had sent me to 19th C panoramas years ago when I was researching Where the Light Falls. At that time, I had read about Prévost in The Painted Panorama by Bernard Comment (which has lots of fold-out pages). Now, as a stimulus to building a world in historical fiction, just look at the washing on the houseboat, the cabs, and the lamps strung across the bridge! Much, much more available at the Sotheby's site.