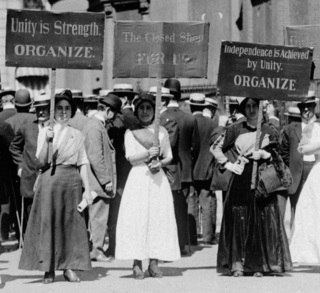 Frankly, recent news for women, workers, minorities, and democracy has been largely discouraging. Still, let's buck each other up and remember the struggle is long. Happy Labor Day!

Via the National Archives. 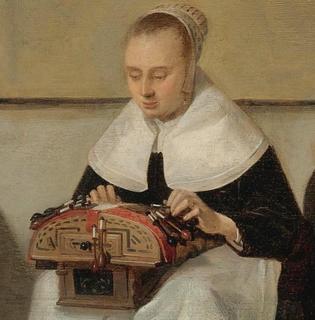 Detail, Quirijn van Brekelenkam, A Family in an Interior (ca. 1655)

Serendipity: Cold weather sent me searching for images of hot-water "pigs," ceramic bottles used as foot warmers (my old dissertation director once told me about how the monks in an Irish monastery provided her with one when she was doing research in their unheated library).  A thumbnail at Foot warmers: hot coals, hot water sent me next on a hunt for an enlargement of a Dutch painting that shows a family using boxes of hot coals to warm their feet. No luck. What I found instead is a different painting by the same artist, Quirijn van Brekenlenham of a family in an interior. No foot warmers, but wow! what an exquisite depiction of lace-making. In this time of pandemic and Zoom, a reminder that we should all find time to work with our hands. 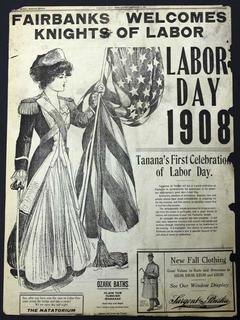 From the Fairbanks (Alaska) Daily News-Miner

'Nuff said? Not quite: a special Labor Day thanks to the essential workers who have put their lives on the lines for the rest of us during the pandemic. They should be paid what they are worth. (One other message this year: vote.)

Via the Fairbanks Daily News-Miner. 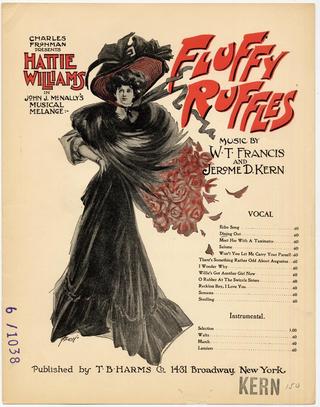 Sheet music cover (1908)
And now for a working woman of a different sort: Meet Fluffy Ruffles, heroine of a weekly syndicated feature of the New York Herald. An heiress who has lost her fortune and keeps trying out new jobs to make a living, she first appeared in 1906. By 1908, she'd had musical written about her—with music by Jerome Kern, no less. Read More
Be the first to comment 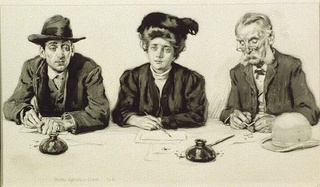 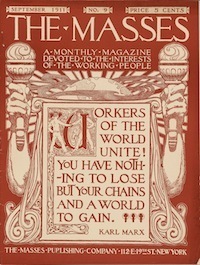