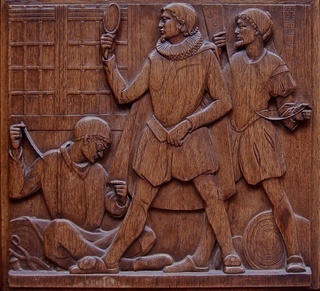 Blog post alert: The idea of portals to other times or universes are a staple of speculative fiction, but real doors with illustrative panels can be portals for the imagination. They connect those who see them later to the period in which they were created and to the times or stories that they depict. Each of the bas-relief panels of William Gilbert's Door in Cornhill depicts an aspect of the district's history—here, for instance, as the locale of 17th C tailoring. And those faces! Couldn't they also spark a new story in response?
Via Spitalfileds Life 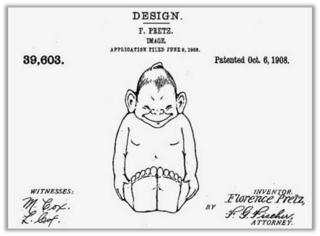 Blog post alert: I've been reading a diary from 1909. Its author's sister had a baby, which the diarist described as "looking like Billiken." Okay, I Googled and was delighted to find that the artist who invented this odd little good-luck figure was a woman, an art teacher, Florence Pretz, and the year was my magic 1908. The best account of the phenomenon is 1908: Behold The Amazing Billiken—worth a detour if you are interested in how an oddball invention became St. Louis University mascot and a god in Japan. 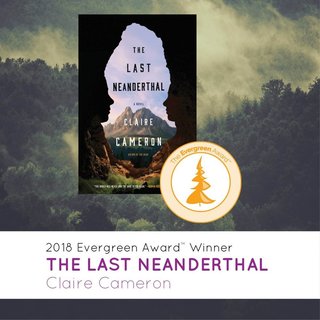 Near the beginning of Kindred, Rebecca Wray Sykes quotes such a good passage from Claire Cameron's novel, The Last Neanderthal, that it was the next book I took up—and then read in three gulps. It's one of those two-stranded novels in which a present-day scholar investigates a topic, while historical fiction dramatizes what the scholar will (or won't) fully uncover by the end. In this case, in one story line, an archeologist makes an intriguing discovery. In the other, we live and breathe with Girl, a Neanderthal. It's a very good novel, one that I would recommend to anyone who liked The Weight of Ink by Rachel Kadish or A. S. Byatt's Possession. 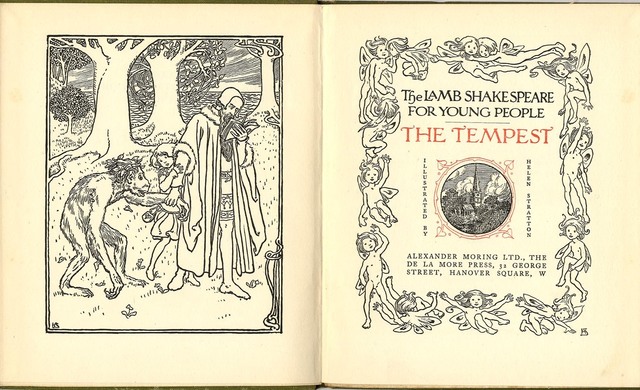 I honestly don't remember why I set this image aside for a blog post. True, a 1905 retelling of a Shakespearean story fits into the time frame for Mattie in my work-in-progress to have seen it, and Helen Stratton is one of those forgotten female artists it's fun to rediscover. What strikes me today, though, is the figure of Caliban. When you've just read Kindred, he would!

Upcoming exhibition alert: Enchanted: A History of Fantasy Illustration at the Norman Rockwell Museum in Stockbridge, Mass., June 12 through October 31, 2021. Tickets are required; you can make reservations now at the website. 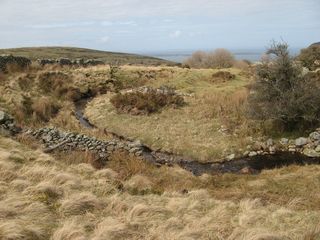 One of my image folders is called "Pictures Demanding a Story," and this photograph is going right into it. Look at the half-circular swirl of the river meander. The stone walls bound it and echo it each other. The bush on the right at the end of the curve rises into a different energy. Oh, and that glimpse of the horizontal sea way off on the horizon. All the elements together proclaim a place of power, maybe of ritual. 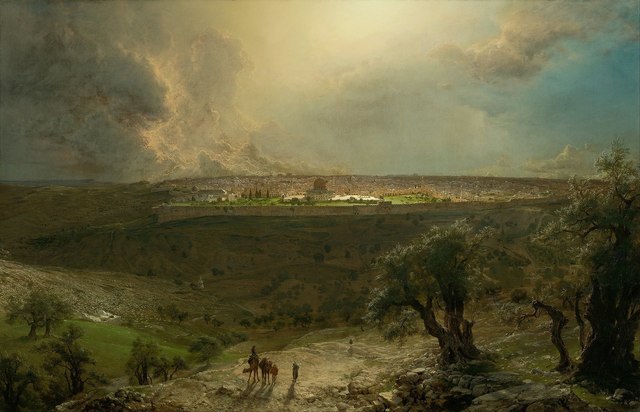 Frederic Edwin Church, Jerusalem from the Mount of Olives (1870)

For our town's movie club, I've begun James Monaco's How to Read a Film. It bristles with ideas, and here's one that set me thinking: "Since the days of Daniel Defoe, one of the primary functions of the novel, as of painting, was to communicate a sense of other places and people. By the time of Sir Walter Scott, this travelogue service had reached its zenith. After that, as first still, then motional picture photography began to perform this function, the scenic and descriptive character of the novel declined" (p. 57).

Lady and the devil 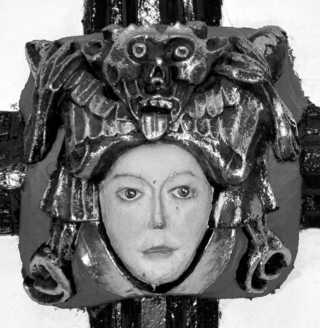 While I was chasing the Green Man in March, I bookmarked Facing sin: late medieval roof bosses in Ugborough church, Devon, a 2015 article by Dr. Susan Andrew. Going back to it, I found this image of an elegant lady with a devil draped over her head.

Neanderthal to the moon 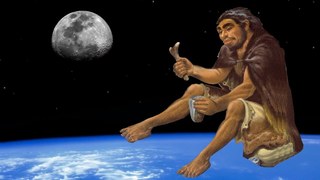 An idea on p. 57 of Rebecca Wragg Sykes' absorbing book, Kindred: Neanderthal Life, Love, Death and Art, jumped out at me: The smell in the air when stone implements are knapped is like just the smell of the silica-rich powder blanketing the moon. A haiku followed whole, not a syllable needed changing: 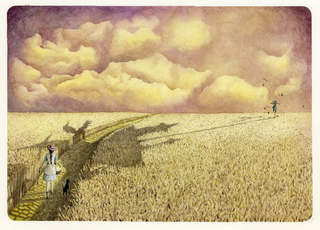 Just as appealing as Miereke Nelissen's animals are her illustrations for The Wonderful Wizard of Oz—or more precisely for De tovenaar van Oz. Lisabeth Zwerger's version may have influenced Nelissen. Certainly Zwerger made clear that a modern sensibility can work wonders divorced from more traditional variations on W. W. Denslow's first-edition illustrations (see, for example, those of Scott Gustafson and Michael Hague and 25 more).