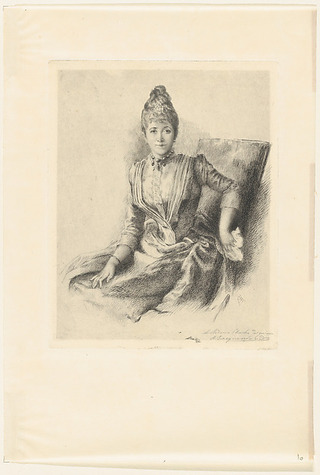 It has to be said of Félix Bracquemond, that although he was a domestic tyrant who stymied his wife’s career in the end, he also taught her well. Best known now for his etchings, he taught her printmaking techniques which she put to exquisite use as in this portrait of her sister, Louise Quivoron. There is no reason to deny that men have cramped women’s careers, but it might be an interesting challenge to write a novel about a marriage that simultaneously expands a woman’s capacities while constraining her ability to pursue an independent career. And what would her sister be like? What would be her role?