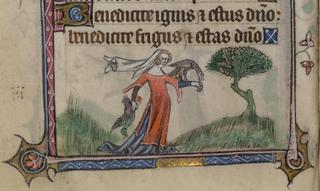 I began reading the highly praised historical novel Hamnet by Maggie O'Farrell and frowned in the second chapter when "the tutor" sees a woman he mistakes for a servant carrying a hawk on her arm. Fat chance! I thought. Hawking was for the gentry, not servant girls; nobody would confuse the ranks that badly. And when O'Farrell further specifies that the hawk is a kestrel, I was even more annoyed. I've seen kestrels diving through hedges and they seem too small to train for hawking. To prove to myself she had made one of those bloopers historical fiction writers dread, I Googled and found—well, that I was wrong, wrong, wrong.

First of all, the Eurasian common kestrel (Falco tinnunculus) is a different bird from an American kestrel (Falco sparverius) so I didn't know what I was talking about ornithologically. And second, the species was indeed used for hawking in medieval and Tudor England by those at the low end of the social scale. The well-illustrated British Library blog post, A Kestrel for a Knave (from which my image comes) explores the hierarchy of hawkers: "An Eagle for an Emperor, a Gyrfalcon for a King; a Peregrine for a Prince …a Merlin for a Lady… a Kestrel for a Knave." So, yes, O'Farrell is well within her rights to imagine a kestrel in the possession of the daughter of a well-to-do farmer. It's maybe still a stretch to have a character think a female servant could own one, but hey, for the sake of the plot, why not? Lessons for me: As a writer, do your homework. As a reader, check if you wish, but be delighted when the author knows more than you do. I'll report on the rest of the book when I have finished it.